No, it is not the latest punk pop to zoom up the charts, but, rather, something about a nifty clickbait picture linking in turn to an amusingly awful headling for Adrian Cho’s update on the Higgs boson:

New data suggest that the particle discovered 2 years ago with the Large Hadron Collider (LHC) in Switzerland is indeed the Higgs boson—the key to physicists’ explanation of how all fundamental particles get their mass.

Such particles come in two classes: bosons, which convey forces, and fermions, which make up matter. Previous measurements had shown that the new particle interacts with bosons: Physicists discovered it by spotting it decaying into two photons, the bosons that convey the electromagnetic force, or into two Z bosons, the massive particles that convey the weak nuclear force.

Now, researchers working with the mammoth CMS particle detector at the LHC have seen the Higgs decaying into fermions—either two tau leptons (above), heavier cousins of the electron, or two bottom quarks, beefy cousins of the up quarks and down quarks that make up protons and neutrons.

Then again, we’ll take the bad headline. If every joke was funny, then nothing would really seem funny, you know?

Absolutely fantastic: Via CNN and by way of KXTV comes video footage from one Bruce Hyland that must be seen to be believed. 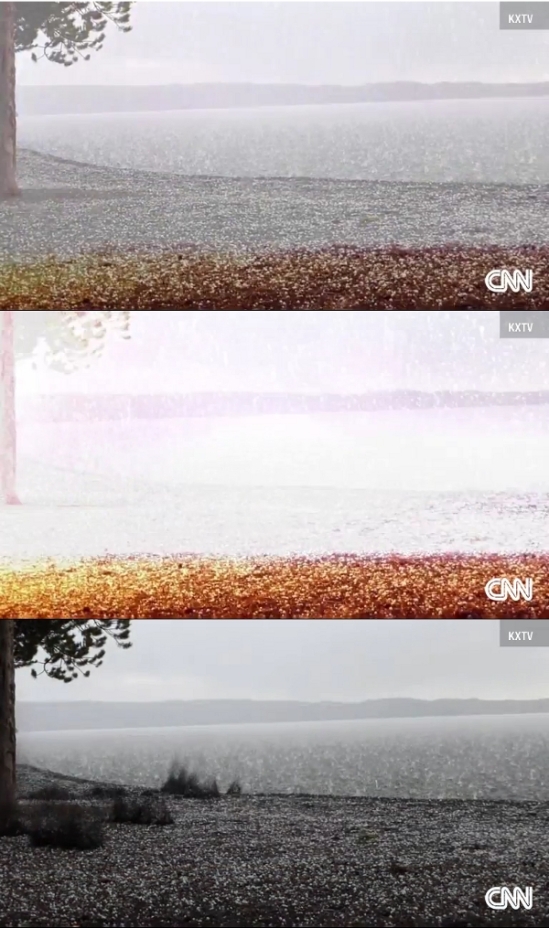 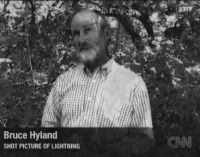 Oh, right. Anyway, that said, it really is pretty cool.