This morning, the National Radio Astronomy Observatory issued a press release, which in and of itself is hardly extraordinary. Its contents, however, are extraordinarily awesome: 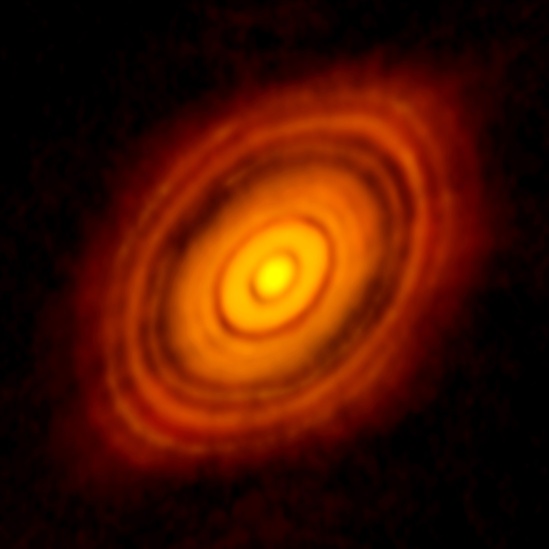 Astronomers have captured the best image ever of planet formation around an infant star as part of the testing and verification process for the Atacama Large Millimeter/submillimeter Array’s (ALMA) new high-resolution capabilities.

“These features are almost certainly the result of young planet-like bodies that are being formed in the disk. This is surprising since HL Tau is no more than a million years old and such young stars are not expected to have large planetary bodies capable of producing the structures we see in this image,” said ALMA Deputy Director Stuartt Corder.

While this photo is not about to save a life or help a man improve his intimate relations, it occasionally occurs to us to remind that astronomy is not just about fancy photos. The human species needs astronomers.