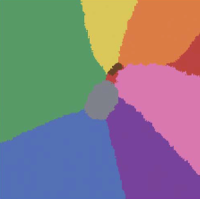 • Blowing stuff up for science

High drama on on the Martian planes: 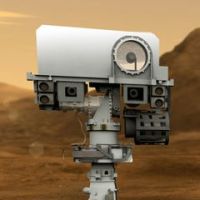 The ground team for NASA’s Mars rover Curiosity has switched the rover to a redundant onboard computer in response to a memory issue on the computer that had been active.

The intentional swap at about 2:30 a.m. PST today (Thursday, Feb. 28) put the rover, as anticipated, into a minimal-activity precautionary status called “safe mode.” The team is shifting the rover from safe mode to operational status over the next few days and is troubleshooting the condition that affected operations yesterday. The condition is related to a glitch in flash memory linked to the other, now-inactive, computer.

“We switched computers to get to a standard state from which to begin restoring routine operations,” said Richard Cook of NASA’s Jet Propulsion Laboratory, project manager for the Mars Science Laboratory Project, which built and operates Curiosity.

The news from JPL might seem somehow alarming—What? You go all the way to Mars and your bloody thumb drive breaks?—but this is all par for the course. Not only do the mission alphas know what to do, they already planned for this possibility.

Or, more specifically, redundant computer systems are pretty much standard on NASA probes these days. Curiosity ran on this alternate system during part of its journey to the Red Planet, but has run on its primary—A-side, to be all technical and stuff—computer since landing.

“While we are resuming operations on the B-side, we are also working to determine the best way to restore the A-side as a viable backup,” said JPL engineer Magdy Bareh, leader of the mission’s anomaly resolution team.

The spacecraft remained in communications at all scheduled communication windows on Wednesday, but it did not send recorded data, only current status information. The status information revealed that the computer had not switched to the usual daily “sleep” mode when planned. Diagnostic work in a testing simulation at JPL indicates the situation involved corrupted memory at an A-side memory location used for addressing memory files.

The exploratory science is on hold for the moment, as the anomaly resolution team hopes to work this one out quickly, and one can rest safely believing they will.